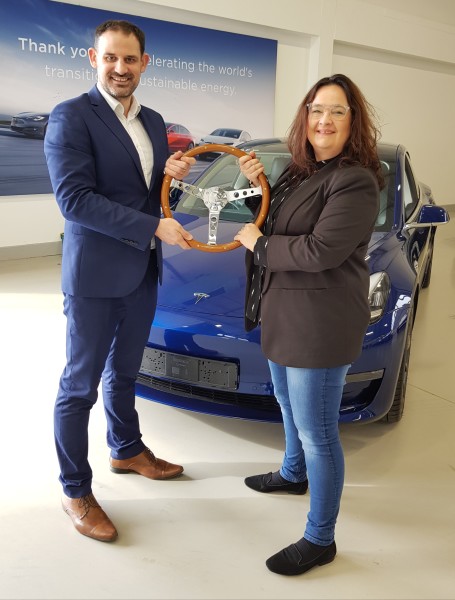 Tesla’s Model 3 has been crowned UK Car of the Year 2020, making it back-to-back wins for electric vehicles at the awards following the Jaguar I-PACE’s victory in 2019. After emerging triumphant as Best Executive car when the category winners were announced on 12th February, the Tesla battled it out against eight other new cars for the overall title. Three of these cars were EVs and the popularity of another one of the trio – the Kia e-Niro – ensured the closest-ever winning margin in the history of the UK Car of the Year Awards.

“Game-changer is an often-overused phrase, but the Tesla Model 3 has shaken up the executive segment and got many brands thinking. Electric vehicles attract a broad spectrum of opinions, but it’s clear that with its technology, performance and range, the Model 3 is converting a lot of people,” commented John Challen, director of the UK Car of the Year Awards. “Kia should also be acknowledged for its own battery-powered prowess in the e-Niro, which pushed the Model 3 all the way – demonstrating the strength in depth of electric cars currently on the UK market.”

Tesla UK said; “A huge thank you to all the UK Car of the Year judges for choosing Model 3 as well as all of our UK owners. We are proud of what this car has achieved so far and with the upcoming 0% company car tax there is an exciting year ahead for EVs in the UK.”

The 29-strong panel of judges who deliberated the UK Car of the Year Awards was understandably quick to commend the efforts of Tesla. Top Gear’s Tom Ford said: “Clean, crisp and technological inside, the Model 3 drives and performs like we think EVs should. Makes others in the sector feel stuffy and awkward.” Auto Trader’s Rory Reid added the Tesla was “the most important car in a generation because it sets the standard for what electric cars should be: affordable, aspirational, fun and very cool”.

Judge Chris Knapman from CarGurus commented: “The Model 3 is thoughtfully packaged, brilliant to drive, and packed with features that make for not only a great car but an exciting ownership experience.” Paul Barker, from Company Car Today, acknowledged the Model 3 “genuinely moves the game on in terms of electric vehicle affordability and desirability”, while freelancer Guy Bird concluded: “No other car shakes up the segment so thoroughly, from powertrain to interior innovation.”

Instead of being restricted to their own category in the Awards, EVs compete directly against internal combustion engined-vehicles. Three of the nine finalists from the nine vehicle segment categories were electric models and the panel gave their approval to the latest developments in technology, with 21 of the 29 votes going to battery-powered vehicles. The Kia e-Niro pushed the Model 3 all the way to finish just one point behind the Tesla, while the third of the EV trio – the Porsche Taycan – finished in joint third space, together with the BMW 3 Series Touring.

Launched in 2014, the UK Car of the Year Awards are judged by 29 of Britain’s leading motoring journalists. In 2020, each judge used their expertise to pick out the top performer in nine vehicle categories, before deciding the overall winner from their favourites in each class. 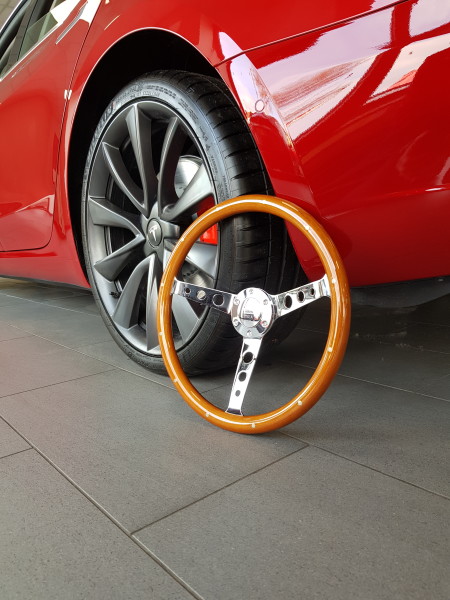