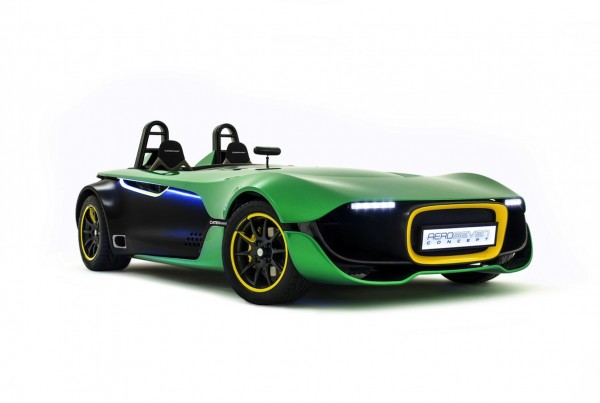 Built for the road, but equally at home on the track, is how most would describe the latest concept from Caterham Cars, the AeroSeven.

Officially a concept, the styling of the AeroSeven hints at what customers can expect to see when Caterham launches its next production road-going model in 2014. The concept is the first Caterham to be fitted with traction control, while a new engine management system also means AeroSeven drivers will also get to experience launch control.

Using an updated version of the Caterham CSR as its base, the AeroSeven concept reaches 62mph from a standstill in under four seconds. Power comes courtesy of the  237bhp 2-litre engine found in the Caterham Seven 485.

First deliveries of the production version of the AeroSeven will begin in autumn 2014.