Hybrid adds economy but not value

There is always a price to pay for your pleasure and with the Range Rover it’s fuel economy. Or it was until the arrival of the Hybrid model. The Range Rover Hybrid is the first diesel-electric hybrid in its class and comes with the promise of 44.1mpg average economy.

The economy and emissions offered by the Range Rover Hybrid are impressive for a car of this size and luxury, and it retains all of the normal Range Rover’s extraordinary breadth of abilities on- and off-road.

Just as importantly for a company that builds 4x4s, the Hybrid helps to lower the carbon dioxide emissions of the Range Rover to 169g/km, down from the standard 3.0 V6 diesel’s 196g/km.

The Hybrid uses the same diesel engine as in the 3.0 V6 model, but the electric motor ups total power to 335bhp. It’s enough to shift this greener Range Rover from 0-62mph in 6.9 seconds, which is 0.5 seconds quicker than the standard diesel. The electric motor powers the wheels of the Hybrid and drive is through the same eight-speed automatic gearbox as the rest of the range.

Using the same motor, it can recharge the batteries as the car slows and the battery pack is tucked up underneath the car, just below the rear passenger’s feet so the Hybrid can still negotiate the toughest terrain without the risk of damaging the watertight battery pack. In electric-only mode, the Range Rover can cover up to one mile on battery power alone at speeds of up to 30mph. However, our drive showed the realistic electric range was around half a mile at best.

While the Hybrid rides and handles in exactly the same way as its sister models, despite the hybrid technology adding 120kg to the Range Rover’s already considerable weight, there are drawbacks.

The main minus point when driving the Hybrid is the way the car takes up its drive at low speeds. Trying to trickle up to a junction and then pull away smoothly can all too easily fox the Hybrid and result in a lurch. This is not what you expect of a luxury car.

Perhaps even more of a problem is the cost. The Range Rover Hybrid starts at a whopping £98,415, more than £25,000 more than the entry-point 3.0 V6 diesel that is a much more pleasant car to drive.

Given this huge price discrepancy and the amount of fuel and road tax that price difference could fund, it’s impossible to see the Hybrid as anything other than an interesting technical diversion for Range Rover.

The Range Rover Hybrid shows Land Rover is taking its green future seriously, but this model remains of marginal interest when the standard diesel model is substantially cheaper and markedly better to drive. 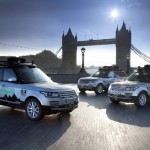 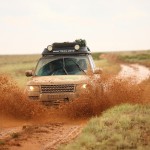 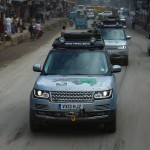 Effortless style and comfort of the Range Rover and its unrivalled breadth of abilities on and off any type of road.

The integration of the hybrid package means there is an unwelcome jerkiness when driving the Hybrid at low speeds.