The Hyundai IONIQ 5 has claimed the title of UK Car of the Year 2022. The win means that in three out of the past four years, battery power has triumphed over the internal combustion engine. Electric vehicles dominated the final round of voting, with the IONIQ 5 finishing ahead of the Škoda ENYAQ, with BMW’s iX and the Taycan from Porsche in joint third place. However, none could match the affection for the Hyundai, which follows up its category win in the Best Family class, announced on 1st March. In the overall category, the IONIQ 5 triumphed over nine other contenders to take home the top prize.

“The IONIQ 5 feels like the future of motoring, only it’s here today,” said John Challen,” director of the UK Car of the Year Awards. “The design, performance and practicality make it a fantastic proposition for those looking for an EV – and also a very worthy winner of the title ‘UK Car of the Year 2022’.”

Meanwhile, Challen’s co-director in the Awards, Alisdair Suttie added: “Quite where Hyundai has found so much space inside a family car is a mystery, but one we’re more than happy to ponder for many years to come.”

Receiving the winner’s trophy, Ashley Andrew, MD, Hyundai UK, was delighted with the win. “The IONIQ 5 has really captured the attention of UK consumers, offering a stylish, premium full EV experience that appeals to almost every type of new car buyer. Its innovative layout means its spacious enough for large families, its efficient zero emissions powertrain is perfect for company car buyers and its luxurious eco-friendly interior elevates Hyundai into a genuine premium product,” he said.

“It is a huge endorsement to receive the title of UK Car of the Year,” he added.

There were ringing endorsements for the IONIQ 5 from the 29-strong judging panel. “A great introduction into the next stage of Hyundai electric vehicles. It looks great, has loads of space and makes going electric easy,” commented Company Car Today’s Paul Barker.

Freelance journalist Guy Bird added: “The Hyundai Ioniq 5 blazes an EV trail. It’s right up there with the best of the volume carmakers and could steal sales from premium players too. Innovative, desirable, practical and brilliantly designed to make full use of its electric-only platform.”

Top Gear’s Tom Ford enthused: “The Ioniq 5 does a decent impression of a mobile lounge, soothing away commutes and longer journeys. Big space for all occupants and 800v fast charging helps there, too. Plus, it looks fantastic.” Freelance journalist Alex Robbins observed: “Retro-futuristic sci-fi looks teamed to a wonderfully airy interior with versatile seating and lots of space. One of the best EVs out there,”

Mat Moakes, CEO of heycar UK – sponsor of the UK Car of the Year Awards – commented: “We are delighted to see that Hyundai’s IONIQ 5 has been crowned overall winner at the UK Car of the Year Awards in 2022. Hyundai’s success highlights the strengths of this exciting car, and we were particularly impressed by IONIQ 5’s charging speed – 10% to 80% in 18 minutes is quite something! Despite fierce competition, Hyundai is leading the way in the electric car market with cutting edge design and class leading technology. Hyundai has presented to the world the future of electric vehicles, and thanks to the IONIQ 5, this future is looking very bright.” 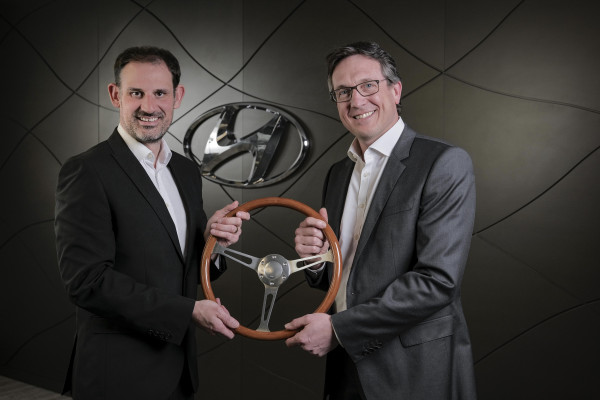