Zoe arrives on the electric avenue

Renault’s research has concluded that 80-90% of people would charge their vehicles at home, so the French manufacturer will fit a charger in the customer’s house, as part of the purchase price. The recharging process can be completed in four hours, making it possible for buyers to maximise the range, and use Zoe as a commuter car, with no fear of range anxiety.

There is also peace of mind for Zoe customers when it comes to battery life. Renault has invested plenty of time into testing the degredation of the lithium-ion power packs, and the company’s leasing deal promises to repair or replace the batteries should they fail to charge to more than 75%.

Forget your pre-conceptions about electric vehicles, because Zoe is as close as a standard, petrol- or diesel-powered vehicle that we have experienced. There are the givaway signs, such as regenerative braking, which works effectively in the car’s ECO mode. Take it out of its natural urban environment and onto the motorway, and in this mode it will try and persuade you to drive economically, which means progress can be slower than desired. Shift to standard mode and Zoe keeps up with traffic admirably and, save for the whirr of the electric motors, performs like a fossil-fuelled car. Performance-wise, Zoe will reach 62mph from a standstill in 13.5 seconds, and offers a maximum speed of 84mph.

The steering is another area where Zoe impresses: light, but with enough weighting and directness to encourage driver involvement. Although the ride and handling are clearly not a priority in zero-emission vehicles, it is encouraging to see attention to detail being made by manufacturers in this area.

Like all electric vehicles, regenerative braking is an obvious constant but given the emphasis is on saving energy, it is expected that the system will act whenever it can to re-charge the battery to maximise range. Talking of which, our test vehicle signalled a range of 74 miles at start and, having covered 50 miles, the remaining distance indicated 28 miles. Renault says there is plenty of notice given to drivers when the range is running out, giving people every opportunity to find a charging point, and not end up running out of charge.

The onboard computer is good, with a clear touchscreen display that is easy to navigate, and switch between all of the different elements of infotainment available to drivers. Stored in the floor, the batteries don’t intrude on the load spaces, which means the boot is a more than adequate 338-litres, and there is plenty of leg and headroom for rear passengers.

The Zoe highlights how far electric vehicles have come since the likes of the GM EV1, and even the early sSmart electric cars. The biggest compliment is the fact that it drives and behaves like a regular supermini. Users have to ensure they keep an eye on the car’s range, but this is easy to monitor, and the messages are clear when energy levels do run low. 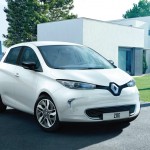 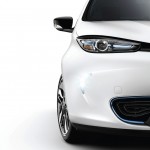 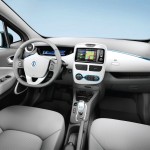 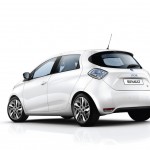 The ability to forget you are behind the wheel of an EV, and believe you are driving a ‘normal’ car.

The lack of a mains charging option. Yes, Renault will fit a charging kit in your home, but this does limit opportunities to top up the battery.